The question of understanding and responding to new forms of super-diversity is emer- ging as a key socio-political challenge polarising contemporary multicultural societies everywhere (Mansouri 2017; Modood 2014; Vertovec 2007; Zapata-Barrero 2017). This renewed polarisation follows a period during the second half of the last century that saw post-colonial rights-based approaches gaining ground over traditionally assimilation- ist approaches (Bouchard 2011; Cantle 2012). Renewed debates over the extent of recog- nition of minority claims presents significant challenges to migration and diversity studies and related academic fields. Two prominent approaches in this field have particularly been the subject of intense academic and philosophical debate for more than four decades. The first of these is multiculturalism (MC), a pro-diversity approach, that recognises and accomodates cultural rights, equality, and justice for migrant groups (Levrau 2018; Modood 2014). The second – and more recent approach – is interculturalism (IC), a contact-based approach to diversity management that emphasises intergroup interaction, exchange and dialogue (Zapata-Barrero 2019). This paper focuses on IC and the related concept of intercultural dialogue (ICD), and presents a systematic review of research around its philosophical underpinnings and conceptual articulations across disciplines. Yet, before we do this we need to contextualise IC within political, historical and concep-tual debates.

The Political and Historical Context

The intercultural approach is not altogether new. In fact, it predates the current diversity management debate with the ‘intercultural’ notion itself arising well before the concept was formulated a decade or so ago into the European version largely addressed in Western scholarship (Zapata-Barrero 2017). And while the European version of IC emphasises the notion of contact and exchange, at the micro level, between citizens and groups with civil society (Levrau 2018), Canadian IC, especially as articulated in Quebec, is primarily ‘based on the understanding of the predominance of francophone culture’, and aims ‘to build and integrate other cultural communities into a common public culture based on the French language, while respecting diversity’ (Ghosh 2011: 7). This diversification of IC interpretations and approaches is further highlighted in the context of the post-colonial Latin American context, where a different version of IC, interculturalidad, has long existed in education (Solano-Campos 2013). However, the earliest mention of contemporary IC, and one that this paper is concerned with, dates back to the early 1980s (Council of Europe 2008; Modood 2014) when it emerged as a possible diversity policy instrument in Canada, with the particular purpose of main- taining Québécois national identity (Bouchard and Taylor 2008; Zapata-Barrero 2017). A few decades later, IC began to gain more international prominence in immigrant inte- gration studies and diversity governance circles. This re-emergence was accelerated with the release of the 2008 Council of Europe White Paper (Council of Europe 2008; Delany-Barmann 2010; Zapata-Barrero 2017). 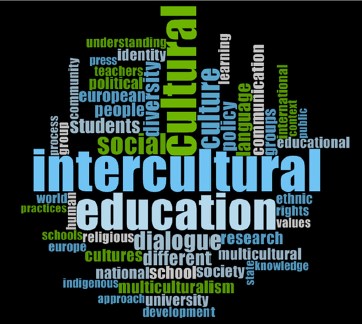