South Korean has a homogenous population consisting of 97.7% of ethnically Koreans. Yet, the Korean population has diverse religious affiliation, with 56.9% not affiliated to any religion and the rest affiliated to Protestant (19.7%), Buddhism (15.5%), and Catholic (7.9%). Currently, South Korea has a sizeable migrant population, accounting for 3.4% of the population (International Organization for Migration, IOM 2020b). Since 2004, South Korea has pursued an Employment Permit System, enhancing its migrant intake in its labour market. Koreans generally enjoy basic freedoms and rights, and socially inclusive institutions. Since the late 1980s, South Korea pursued state multiculturalism for neoliberal economic and political purposes, with the goal of achieving economic development. Yet migrants face inequitable in environment, with persistent problems including negative socio-cultural attitudes, racism, and discrimination (Watson 2010). 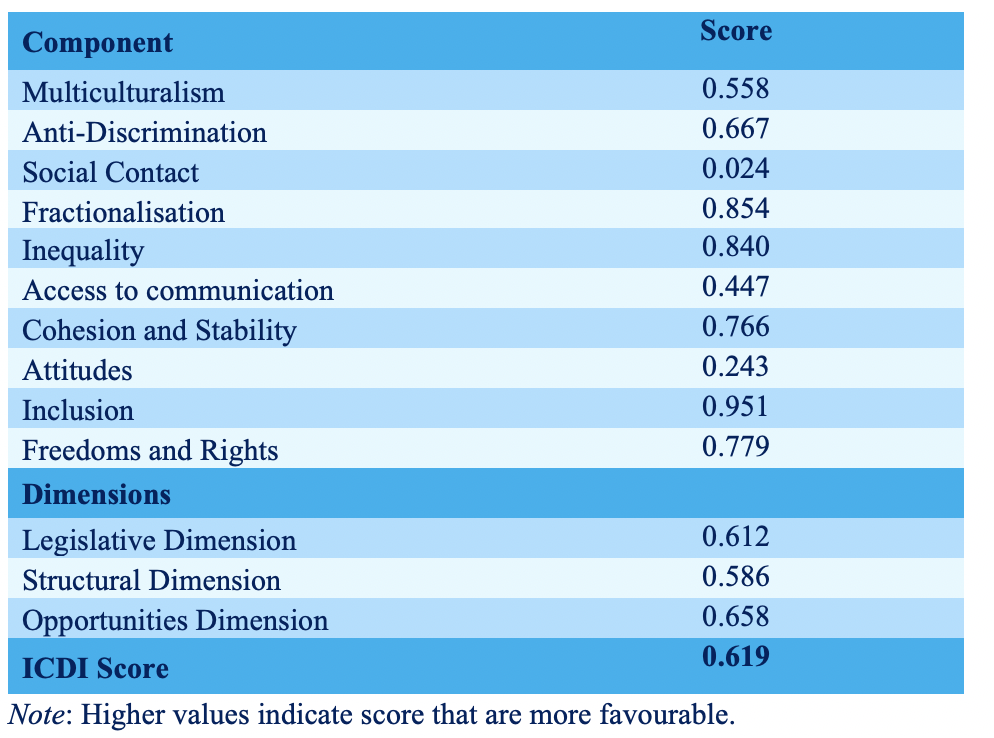 South Korea has scored moderately across all three dimensions which contribute to its overall ICDI score. The overall ICDI score for South Korea can be improved by increasing the platforms available for social contact and encouraging intercultural participation. These efforts can also contribute to strengthening the country’s intercultural opportunities dimension as there is a possibility for supportive intercultural attitudes to be developed towards other groups along with increased social tolerance. South Korea can also strengthen its anti-discrimination and multi-cultural acts and policies to enhance its legislative dimension.