Turkey is a multicultural country with two main ethnic groups, Turkish (75%) and Kurdish (19%). Other minorities and immigrants account for 7-12% of the population (2016 est.: CIA Factbook 2021). Turkey’s identity has been shaped by the Ottoman Empire over six centuries. Today, ethnic tensions between ethnic Turks which dominate the country’s government and military and ethnic Kurds over denial of minority rights, including bans on the Kurdish language and assembly of ethnic Kurds. In addition to the Kurdish issue, since 2012 Turkey have witnessed a large influx of refugees due to the Syrian conflict.

One of the most notable shifts in the Turkish approach to integration came in 2016 with the creation of Human Rights and Equality Institution of Turkey, which is a national anti-discrimination law and equality body (2016). This law aims to provide protection to all victims of racial, ethnic, and religious discrimination across all areas of social life. While this law helped raise awareness regarding discrimination, its enforcement mechanism is undermined by major gaps, leaving victims with weak protections (MIPEX 2020). 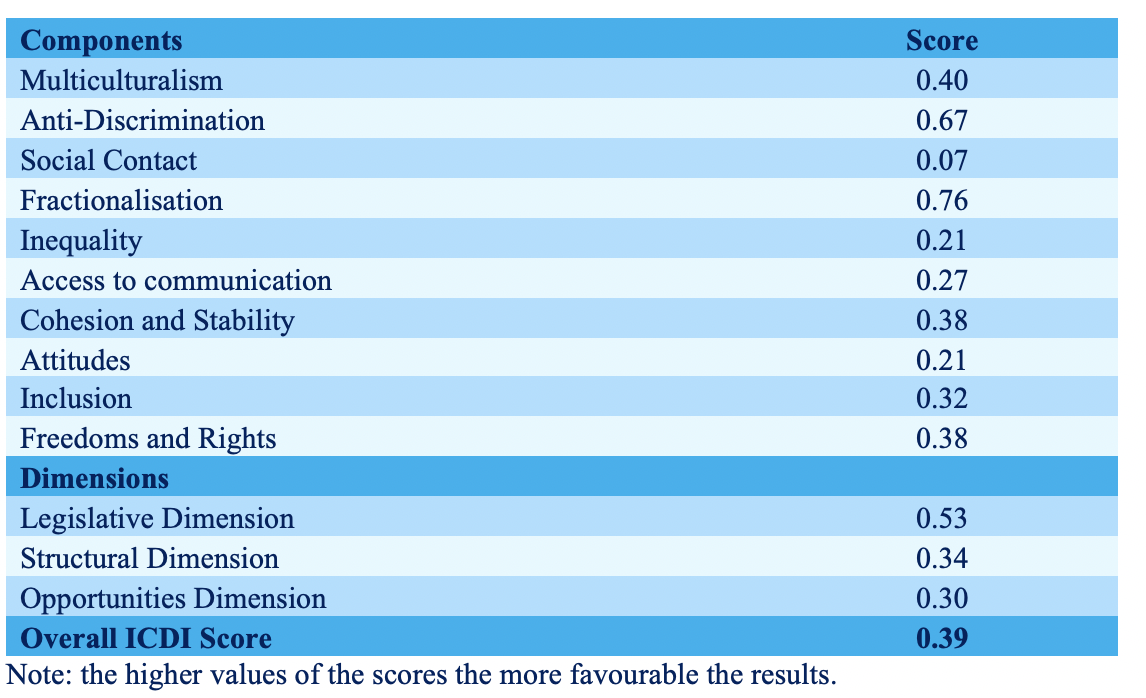