Vietnam is a multicultural country with predominantly ethnic Kinh (Viet) accounting for 85.7% of the population while less than 15% are divided among several ethnic and sub-ethnic groups (CIA Factbook 2021). Vietnam’s ethnic minorities mostly live in rural areas of the country, and lack access to proper education, health and employment opportunities. In addition, due to a lack of government programs targeting these groups, ethnic minorities typically have lower living standards than the ethnic majority. With most of the investment in infrastructure and services concentrated in urban areas with higher concertation of ethnic majority, ethnic inequality is exacerbated by regional imbalance (Baulch 2010).

Despite Vietnam’s several laws that prevent designation based on ethnic/religious origins, “negative stereotypes” about ethnic minorities are widespread. While the society is deemed to be multiracial, it is dominated by ethnic Vietnamese elite. For instance, the Kinh ethnic majority often consider ethnic minorities to be “less developed” and even “less civilized”. These assumptions hinder the development of effective policies that aim at their integration of ethnic minorities within the Vietnamese society (Baulch 2010). 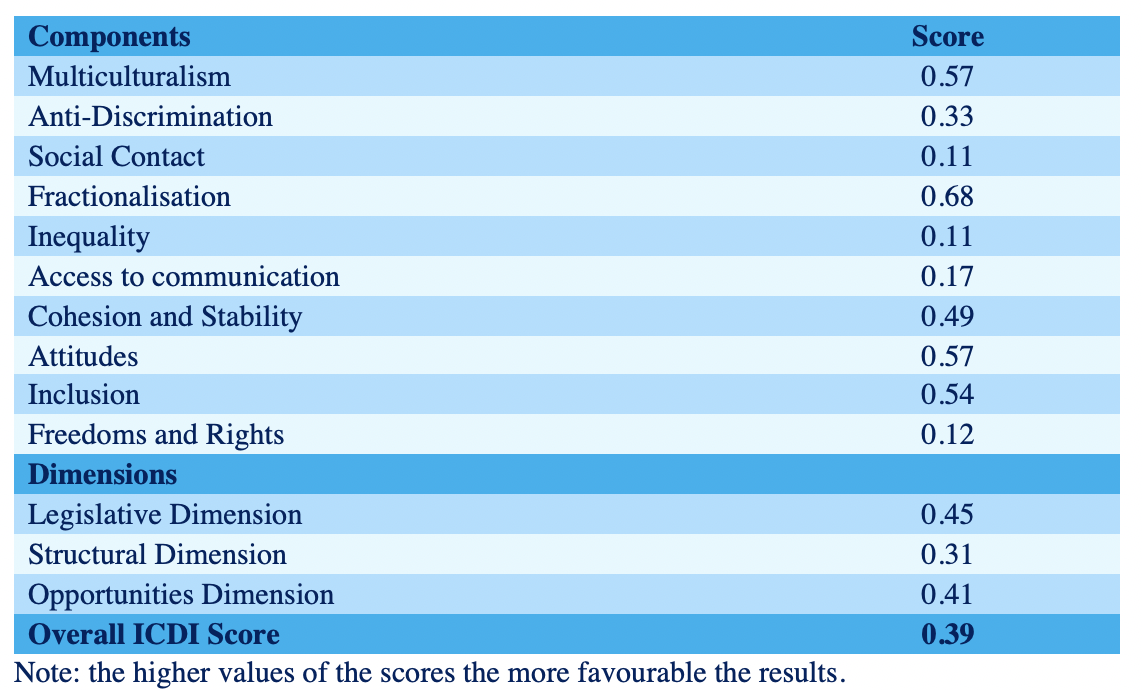 Vietnam has attained below average scores across dimensions, with the lowest score being in its structural dimension. Vietnam can strengthen its structural dimension by increasing the platforms available for social contact through the promotion of cultural participation and preservation of indigenous and immigrant living languages. It can also further enhance its legislative dimension by introducing and sustaining anti-discrimination acts and/or policies. Vietnam can also address existing socio-economic inequality by providing avenues for increased levels of education attainment among the population.