Thailand is the only country in Southeast Asia that has not been colonised. It is a homogenous country with 97.5% ethnic Thai, and less than 2% ethnic Burmese and other minority groups (CIA Factbook 2021). In 2018, the country recorded the fourth largest population of stateless persons, mainly consisting of Indigenous and ethnic communities (IOM 2020). The Thai government has historically lacked inclusive policies towards immigrant communities, while focusing mainly on identity, cultural heritage and full access to education, social welfare, and rights of political participation for Thai citizens.

Successive governments in Thailand have promoted an image of a homogenous nation that undermined the ethnic, religious, and cultural diversity within the country. However, with the establishment of the Ministry of Culture in 2002, a shift in the policy paradigm has started to take place and some plans endorsing diversity, most notably the 2003 “Vision for Thai Culture” plan has resulted in the recognition of over 30 ethnic groups in the country (Hayami 2006). In 2016, Thailand ratified the 2003 convention for the Safeguarding of Intangible Cultural Heritage, which aims at strengthening its capacities to preserve and safeguard cultural heritage at the national and local levels. This has led to a series of collaborations including workshops and training programs with international organizations have been implemented (UNESO 2018). 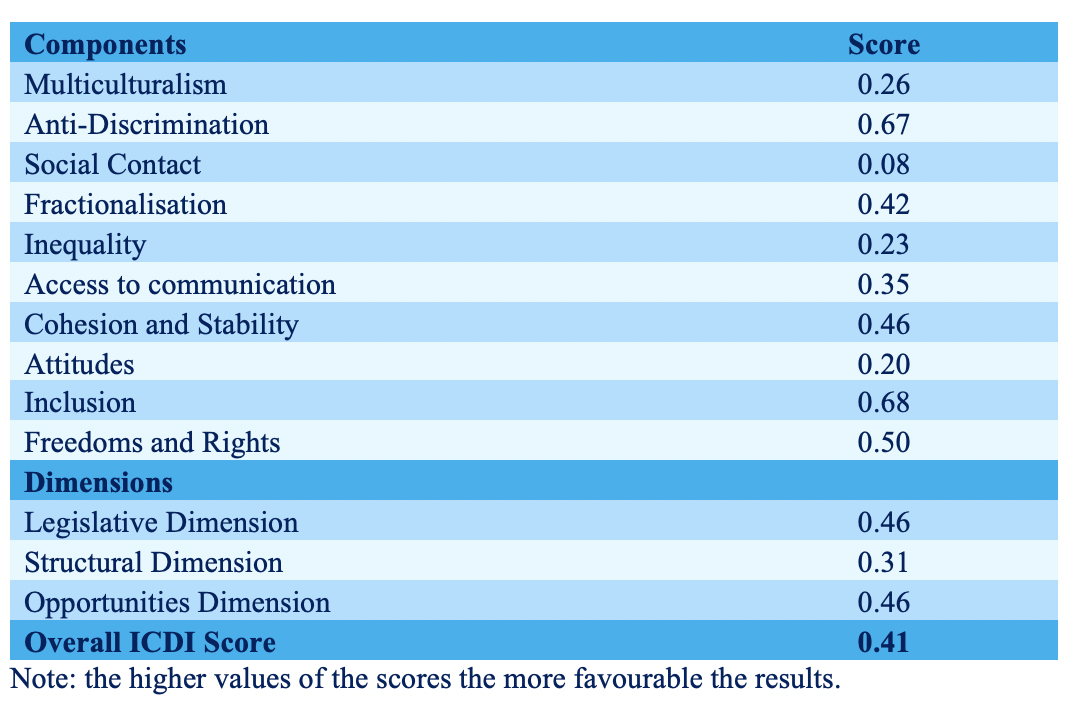 Thailand has scored below average across all three dimensions which make up the overall ICDI score. A lower score in the structural dimension can be attributed to lower-than-average scores in the components of social contact, socio-economic inequality, access to communication, cohesion, and stability. Thailand can improve its ICDI score by different measures. This includes strengthening its legislative dimension by introducing and maintaining multicultural and diversity acts or policies and enhancing migrant integration measures. Thailand can also enhance its structural dimension by creating avenues and platforms for increased social contact which promote cultural participation.