Ten Tunisian young leaders, who are seen as potential change agents in the area of civic and democracy education, will visit Australia and the Alfred Deakin Institute for Citizenship and Globalisation next week as part of a project aimed at building resilience in Tunisian democracy efforts.

The visit is part of the Democracy Education in Tunisia – Building Capacity among Youth Leaders project led by the UNESCO Chair for Comparative Research on cultural diversity and Social Justice and Director of the Alfred Deakin Institute for Citizenship and Globalisation, Professor Fethi Mansouri.

The project is being funded by the Department of Foreign Affairs and Trade through the Council of Australian-Arab Relations (CAAR) and run in partnership with the International Institute for Democracy and Electoral Assistance (International IDEA).

Professor Mansouri said the young people would participate in a range of interactive workshops, focus groups and critical evaluations during the week (27 November and 1 December) which aimed to build capacity and increase their understanding of how institutions worked in an established democracy.

“The workshops will also build their skills in the political process and policy making,” he said.

Professor Mansouri said the workshop built on a series of projects by the Chair and the Institute aimed at developing the ability of Tunisian civil society to support the country’s efforts toward democracy.

“Democratic transition following prolonged periods of non-democratic governance is a complex and unpredictable process at the best of times.  Yet, Tunisia remains the only Arab Spring country to emerge as a stable and functioning democracy with successive orderly elections, a new and highly progressive constitution and broader progress towards further political reform. To continue its successful journey, the country needs international support, institutional and leadership resilience but also to train the leaders of tomorrow.  This is what this program hopes to foster.”

“This workshop draws on the Institute’s expertise in youth and civic engagement and will make a significant contribution in an area of critical need for Tunisia as it prepares for the 2017 municipal elections.”

Professor Mansouri said the select group had been recruited through partner organisations in Tunisia, including the international Institute for Democracy and electoral Assistance (IDEA) who are involved in significant work around democracy education among youth in Tunisia and across the region.

“While much of the program is not open to the public, the first part will be,” he said.

“Their week will start at 9.30am next Monday, November 27 at Burwood Corporate Centre with a public seminar by Prof. Michael Leach from Swinburne University.

“A public round table panel discussion will be held with the Tunisian participants from 10 am on Wednesday November 29 at Deakin Downtown.

Seating is limited for both events, please RSVP to unesco.cdsj@deakin.edu.au as soon as possible. 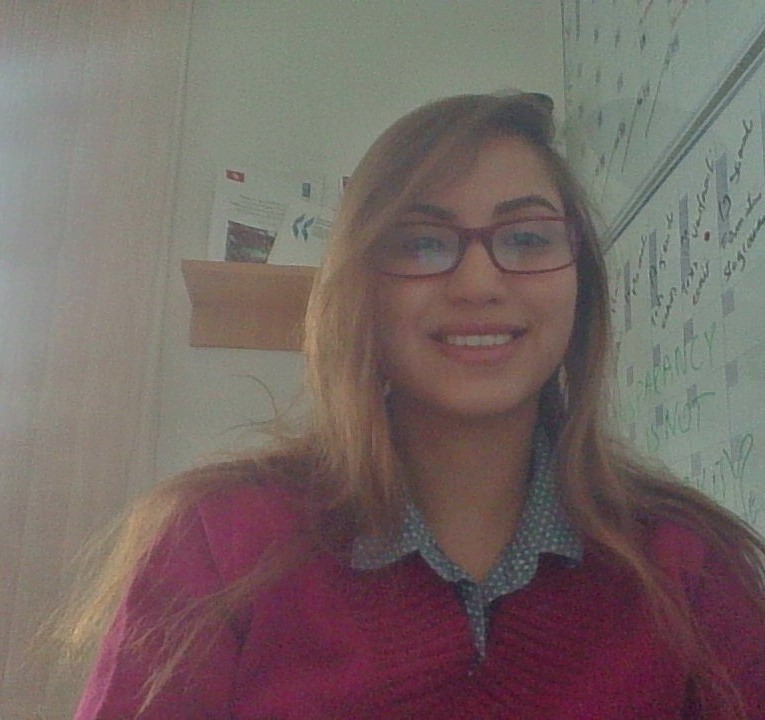 Chiraz Arbi has six years of experience working with civil society organizations and holds currently the position of Senior program officer in the parliamentary program with NDI (National Democratic Institute for International Affairs) in which she provides technical assistance to the post revolution parliament in fulfilling its legislative, representative and government oversight roles.
She is in charge of an NDI pilot program, the parliamentary internship program which is the first and only program that gives youth and especially young women a first-hand experience to assist legislature’s work.
She is a trainer with AGA (African Governance Architecture) a committee within African Union and a speaker within the AU on themes in relation with governance and youth empowerment.

She is also a program implementation consultant with Ahmed Tlili Institute for Democratic Culture in cooperation with The Swedish Institute in Alexandria on a project focusing on enhancing compatibility between religious discourse of Imams of the Mosques and democratic culture and constitutional values.
She is accredited as international elections observer in MENA (Middle East and North Africa) countries.
Ms Arbi pursues her Master’s degree in Political Science, Diplomacy and International Relations.

Hamza Amor is an Associate Programme Officer at International IDEA. He received his Master Degree in Public and Financial Law from the University of Carthage (2010) and he is currently a PhD candidate. His research and work focus on political parties and parliament, with a special emphasis on women’s political rights in Tunisia.
His previous work experience includes teaching public law in public and private Tunisian universities and serving as programme coordinator in the Arab Institute for Human Rights.
He cofounded a cultural association “Tounes Al Fatet” in 2012. Within his activities in this association, he edited two books: “Towards a new Islamic thought (2016) and “The misfortune of intellectuals in the Arab-Muslim civilization” (2016) 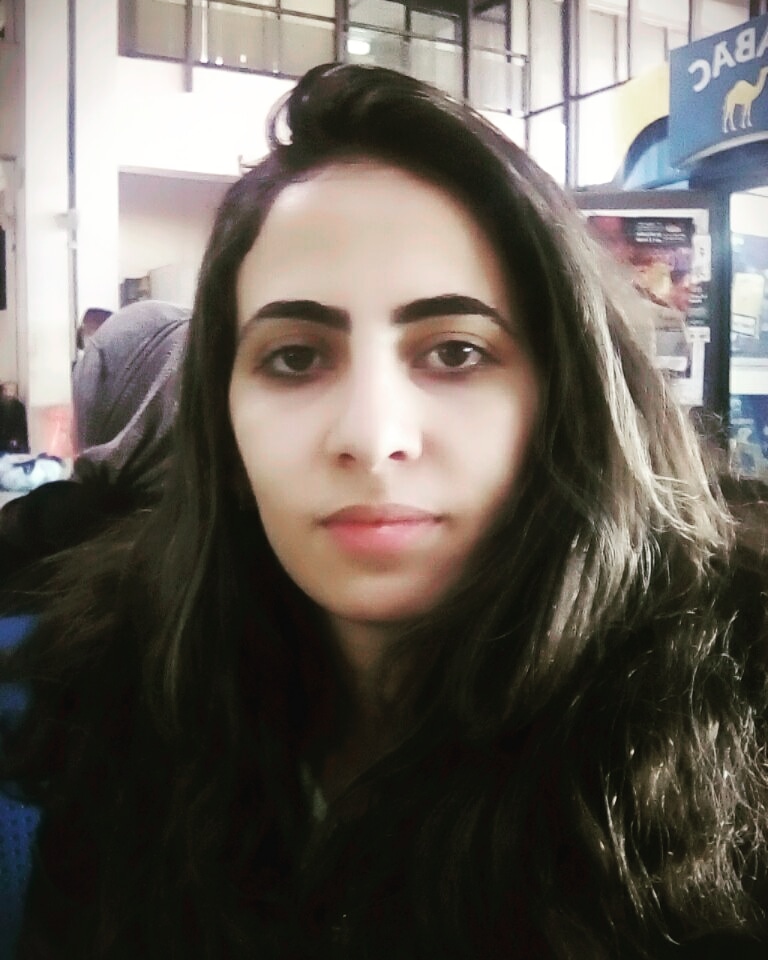 Ms Hiba Ghaoui studied at the Institute of Higher Commercial Carthage, and has a master of research in marketing. Her research was on the well-being of the consumer in the light of new technologies. Hiba participated in the 15th international symposium of the Tunisian marketing association where she presented a paper entitled “The strategic values of the co-creation experience by digital technologies: The role of well-being” under the guidance of her supervisor Dr Intissar ABBES. Hiba was the administrative assistant of UNESCO Club of Beja-Tunisia. Now, she is the vice president of the Tunisian association of inventors without borders in science and sustainable development. 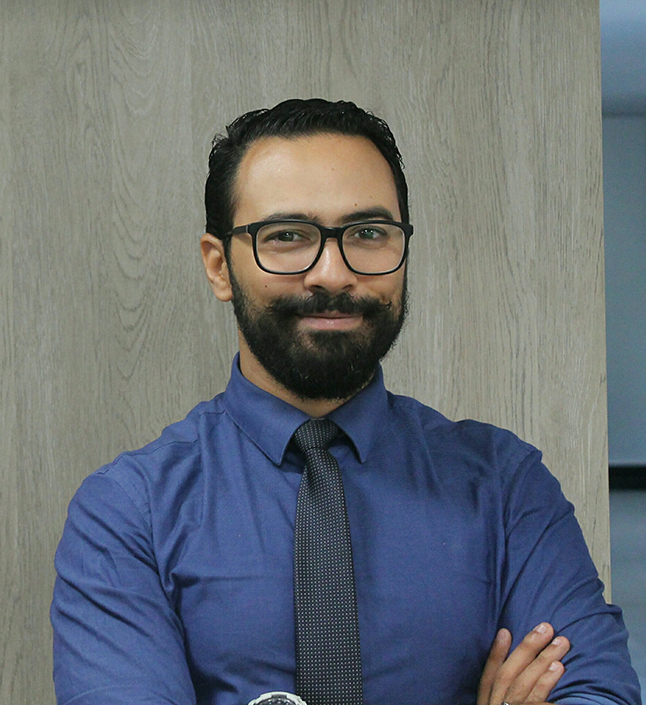 Tarek Lamouchi is an advocacy expert, human rights educator and communication skills teacher, who spent more than six years in the microfinance sector before switching to the support of Tunisian civil society in 2011. He trained dozens of young activists across and from outside the country and coached CSO’s on advocacy, communication and project managment. He is also a member of the USIP Tunisian facilitators network and currently he is managing a program dealing with the transition from the informal sector to the formal sector. 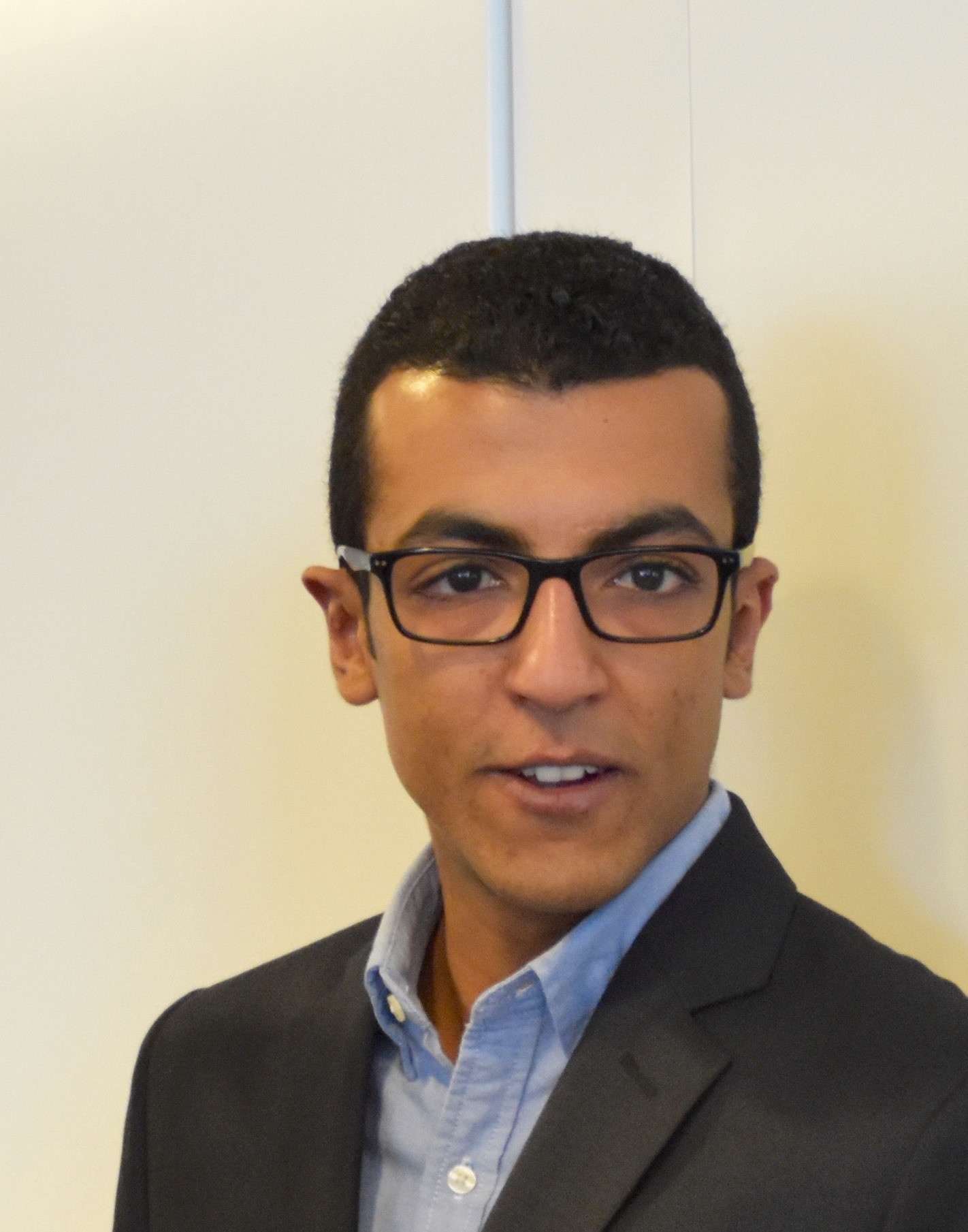 Khaled Mnassri is the Program Officer of the National Democratic Institute for international affairs (NDI) political parties strengthening program in Tunisia. He joined the Institute in 2014 and worked with Tunisian Members of Parliament as well as political activists from more than twelve political parties to enhance their skills on campaigning, elections and communication.
Prior to his experience with NDI, Mr. Mnassri was an intern in Rick Weiland’s campaign for U.S. Senate where he witnessed first-hand the implementation of large scale electoral campaigns. He also was an active member of the General Union of Tunisian Students (UGET) and was elected Secretary General of his university’s branch of the organization. He also wrote as an independent blogger for the Huffington Post Maghreb.
Khaled Mnassri studied political science and international relations at Augustana University in the United States and speaks fluently Arabic, French and English. 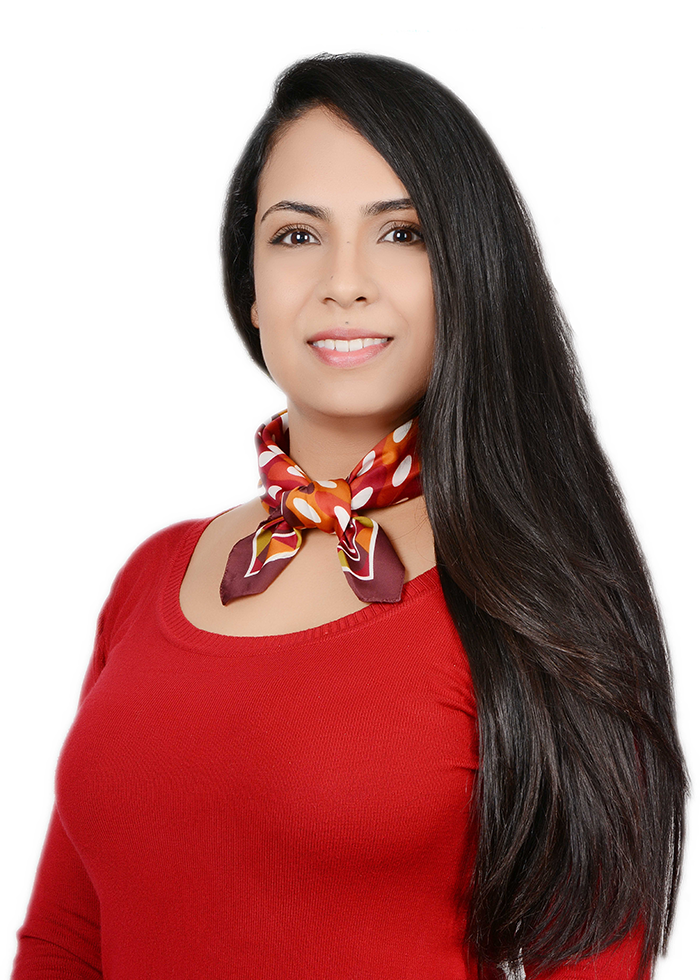 Ms Ines Ouri is an IT project manager having an IT applied to management background.
She is actively engaged in the civil society activities specifically around support and integrated development projects in the North West vulnerable communities of Tunisia.
Her current research interests are focused on youth identity in Tunisia’s post revolution scene and their social inclusion. 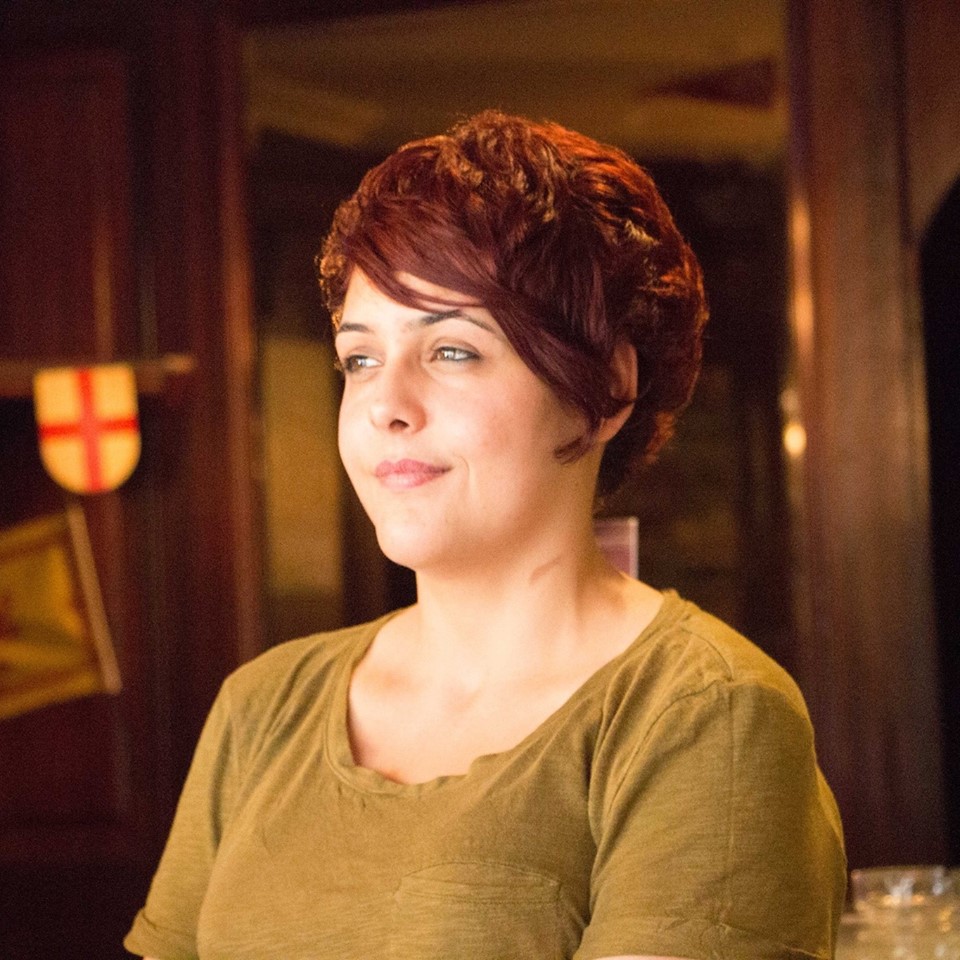 Hajer Saffar regularly committs her time to spearheading social initiatives in her hometown “Kairouan”. As vice president of a local association, she frequently volunteers for roles with high responsibility, in projects for which she has achieved great overall success. She is currently the coordinator of a project dealing with obstacles facing women in relation to freedom, equality and modernism. The causes that she’s fighting for are meaningful to her and her community, including networking, building bridges and raising awareness for issues that need urgent attention. 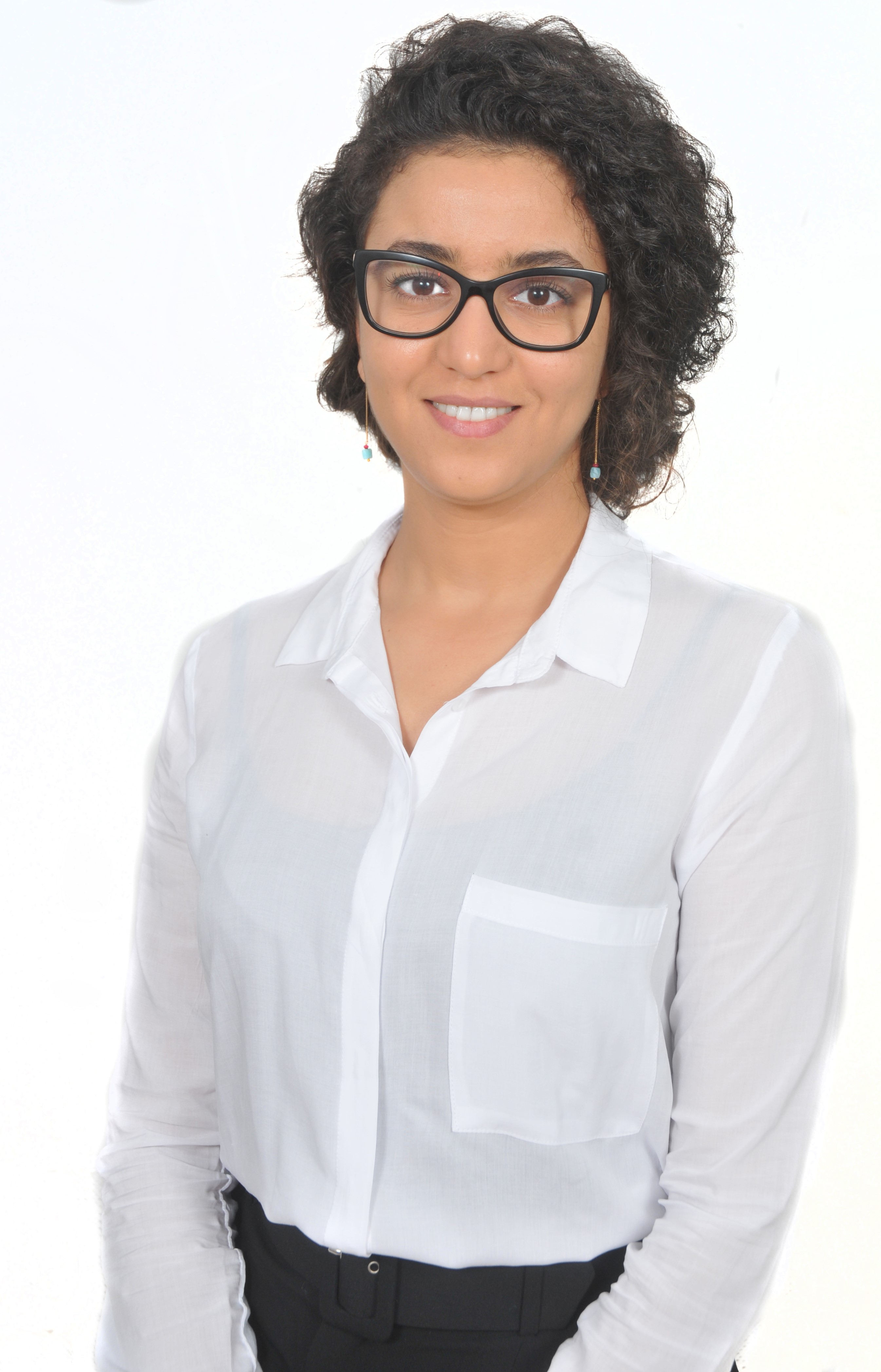 Fadwa Saidi studied Product Design in Tunis (2012) and holds a Master in Management in developing countries from Paris-Dauphine University (2014).
She is the local junior coordinator and sociology officer with the United Nations Development Program and is based in south Tunisia, Medenine. Fadwa Saidi actively works on shaping the city strategy while ensuring an integrated and a sustainable development of the City.
Her work includes, local governance, women and youth participation, culture and heritage valorisation.
She is committed towards achieving the SDGs in Medenine with a special focus on: No poverty, Zero Hunger, Good Health and Well-Being, Quality Education, Gender Equality, Reduced Inequalities, Sustainable Cities and Communities, Peace Justice and Strong Institutions, Partnership for the Goals. 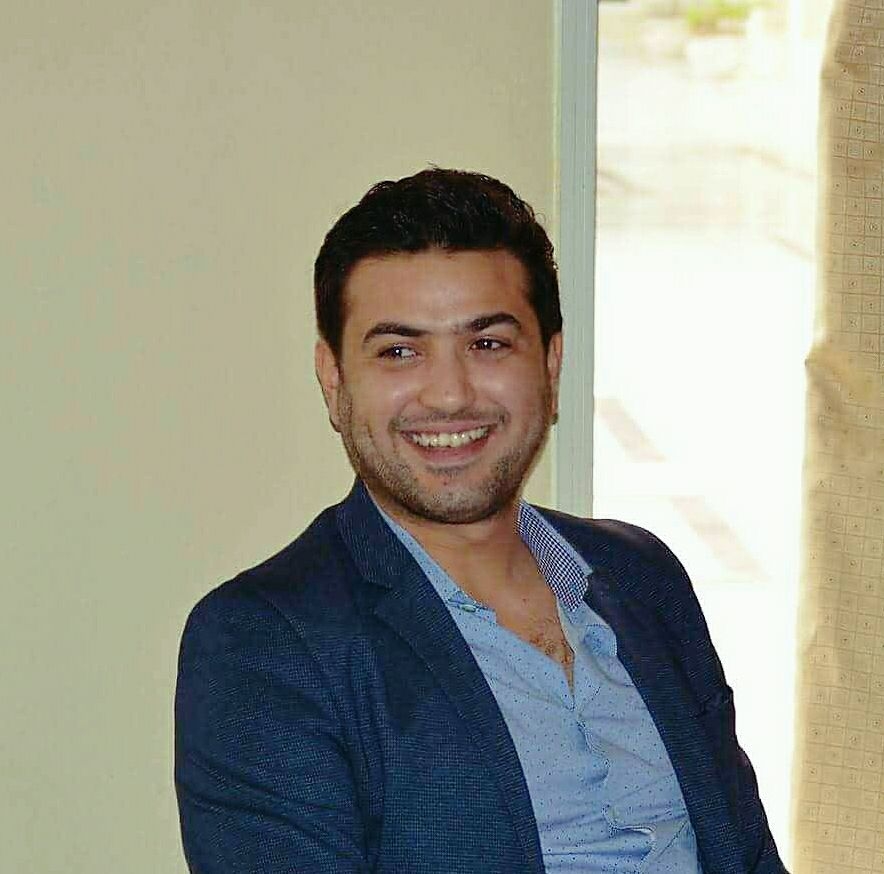 Taha Yousfi joined the International Republican Institute (IRI) in 2011 as a program coordinator, few months after the Tunisian Revolution. During his time at IRI, he led Civil Society capacity building efforts, helped them contribute to the constitution drafting through dialogues with the National Constituent assembly deputies and observed the first free elections of 2011, the legislative and presidential elections of 2014.
He currently serves as a program officer leading IRI efforts of a national youth dialogue in partnership with Tunisian government that aims at engaging youth and helping them contribute to a national youth strategy, and works with local civil society to raise awareness about local government and decentralization.
Taha Yousfi is a native of Sidi Bouzid, Tunisia, where a vendor lit himself on fire and sparked the Arab spring. 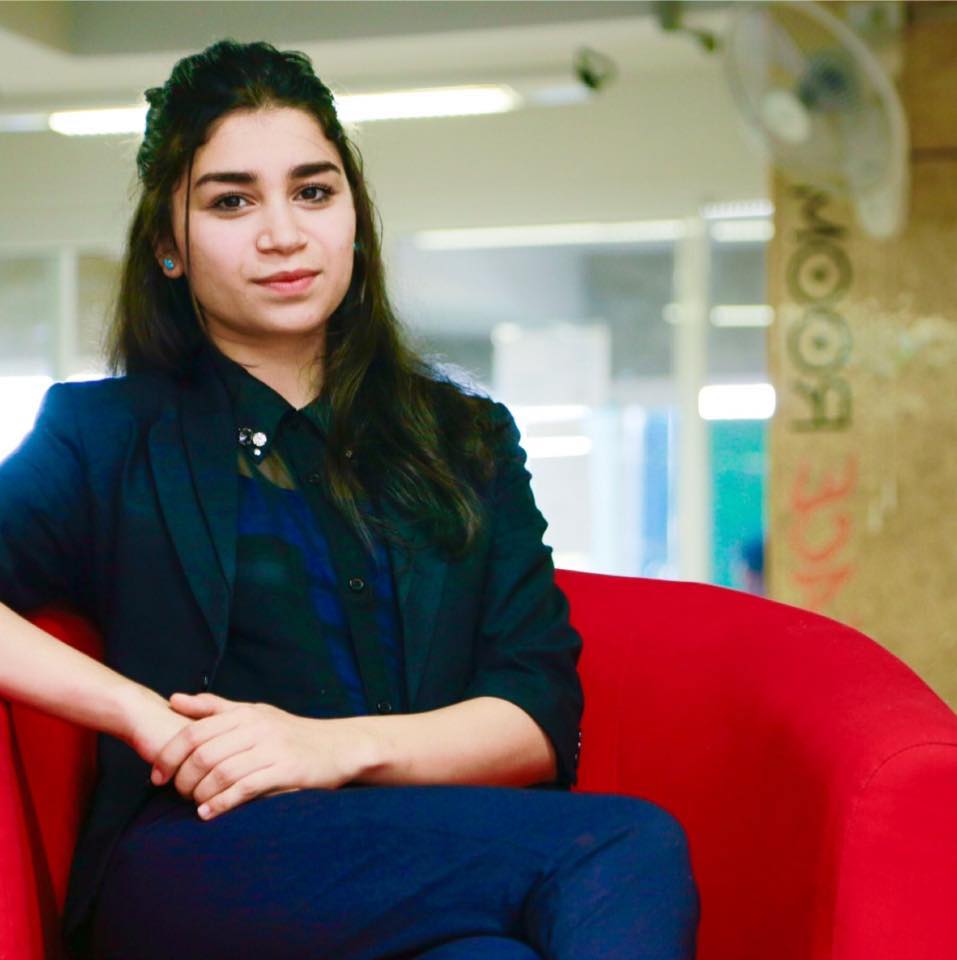 Ghada Zribi is a peace agent, a blogger, a mentor, and a Global Shaper. She is the founding president of iBuild Africa (a peer-to-peer support system for African youth).
Ghada is an alumna of the prestigious Thomas Jefferson Scholarship Program majoring in American studies with a focus on Peace and Justice studies in the University of New Mexico. She is also an Ashoka Changemaker scholar in employment in Africa and
serving as Tunisia’s ambassador for Youth Counseling and development Network 2016-2017. As a country manager for World Peace Initiative foundation, Ghada believes in the power of Youth and women empowerment to tackle the world’s increasing challenges, including violence and the state of waithood experienced by youth of the region.